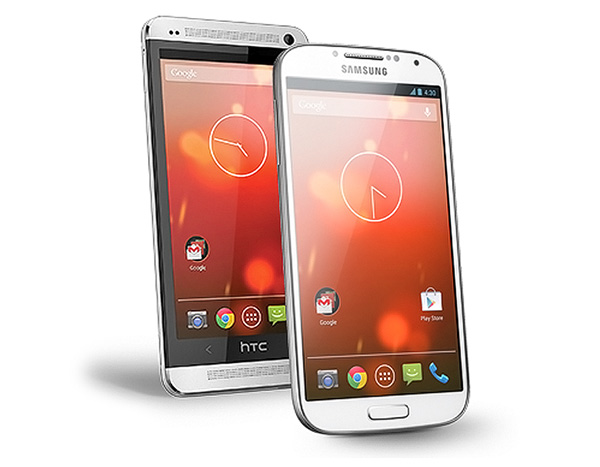 For the Galaxy S4 Android 4.3 has a built code JWR66V is around 180MB while the HTC is smaller around 150MB in size.The most noticeable in the update is the larger widget. The Pure Android is snappier compared to the OEM version because the Play Edition has no bloatware (extra app) installed.