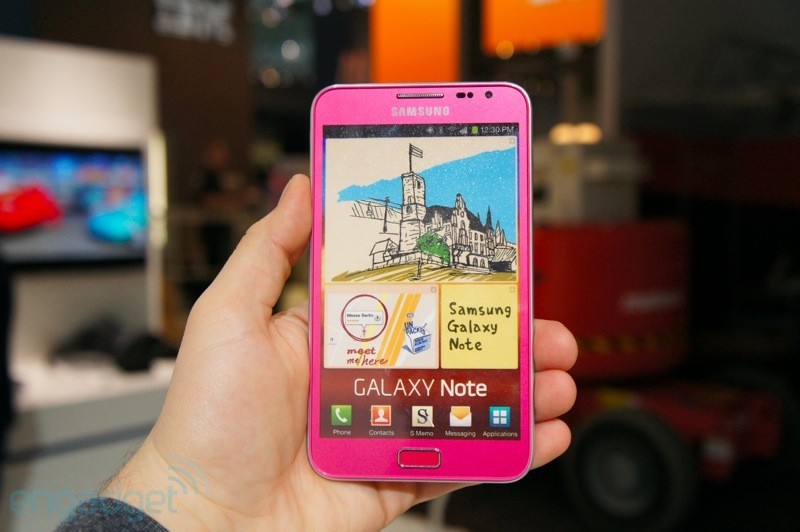 Right after Samsung Galaxy S II Pink edition, Samsung is going to release a Galaxy Note Pink Edition. In their CeBit booth in Hannover, Germany, they showcased a non-working model of this fabulous Phablet.  The Galaxy is now being sold for more than 2-million units and counting.

The Samsung Galaxy Pink Edition specs will be the same as the original Galaxy Note but according to other Android blog site it will be having apps cater for women.  So, ladies out there? what do you think about this special edition of the Note?