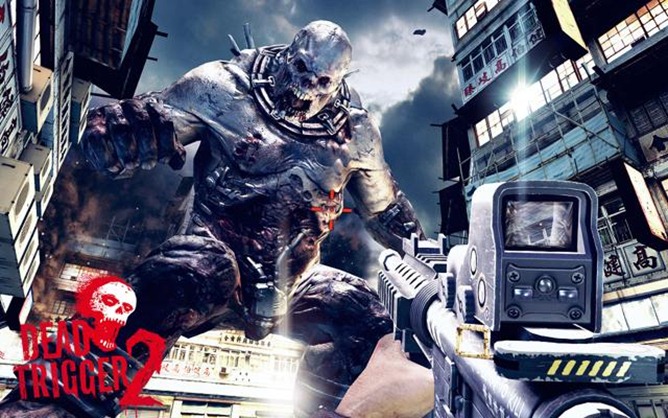 Who doesn’t love zombies? I’m pretty much sure that all of us have this absurd dream of living in a world infested with the Undead. But sensing that this would likely to happen (unless some chemical leaks out somewhere and turn us all into flesh eating SOBs), we’d like you to consider playing Dead Trigger instead. Madfinger recently announced that the second installment of the highly popular FPS will be hitting Play Store on October 23rd with tons of mods, chickens with rockets and, you guessed it – more zombies.

I myself is a huge Dead Trigger fan and literally all of those zombie games available and compatible with my device. But Madfinger caught me with a big smile on my face and lots of “overtime” to boot, just to get off one level.  But, hey, it’s all worth it. Part of the overhaul included in Dead Trigger 2 will be the ditching of premium currency and weapons and should be replaced by a crafting system. Players will also have their personal hideouts with NPC support as well.

Online compatibility was also hyped up and players from around the world will get to play with each other and share missions and rewards. Weekly missions and monthly content updates are expected from Madfinger to roll out. Adding to the already horrid situation that one must battle hordes of zombies on a daily basis, Dead Trigger 2 will also have a bit of a funny side. I mean, just look at the screenshot: it’s not everyday that you’ll see rocket chickens on you side.