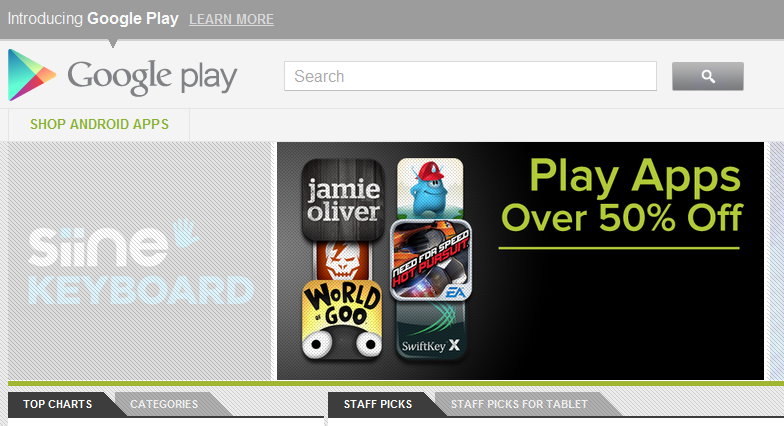 The Android Market is has been the household name for Android users in the entire universe but Google decided to drop this famous app store brand and introduce a new service.  I must say RIP Android Market.

The new brand for Google Android App portal is  called Google Play. Google Android Market has gone through  many changes and it evolves from  a simple app store for Android. Google has been adding new services like eBooks, Music and Videos that needs to be integrated to each other.

With this fragmentation of services, Google united this into one place and that is Google Play. Google Play will serve as social media hub, just like Samsung Hub though the difference is that it will be using one single app.

Google Engineering Director Chris Yerga said that this is a planned rebranding for quite sometime now and with new added services, not just app. Google think that this is the perfect time to change the Market name. Google Music will be called now as a Google Play Music.

Android (2.2 and up) Market app will be updated and app for Music, eBook and Movies will be updated as well to incorporate this new brand. There will no changes in sending apps to your phone or tablet however there will be many changes in the way you purchase apps, ebooks, and movies.

Also, Google will be having an app sale!

For more information about the new Google Play, visit the official announcement.