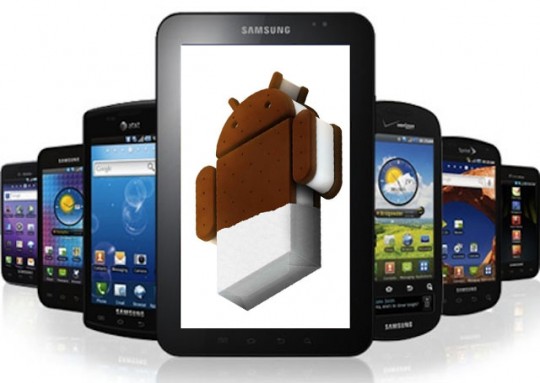 This is not a good news to almost 10-million Galaxy S owners. Samsung dropped the support for Galaxy S (GT-I9000)  and Galaxy Tab (P-series)  Android 4.0 ICS upgrade. The reason why Samsung will not upgrade the Galaxy S and Galaxy Tab to Android 4 is that the system has no extra space for TouchWiz UI, Carrier Addition and Video application.

TouchWiz UI is Samsung’s proprietary user interface on top of Android default UI. If Samsung can’t provide upgrade for Galaxy S, CyanogenMod will. CyanogenMod  is developing the CM9 that is based on Android 4 and the Galaxy S is included in their portfolio.
So lets hope that the CM9 for Galaxy S will be stable enough.

This is part of Android evolution that not all Android device is capable of running newer OS and also part of their marketing plans.