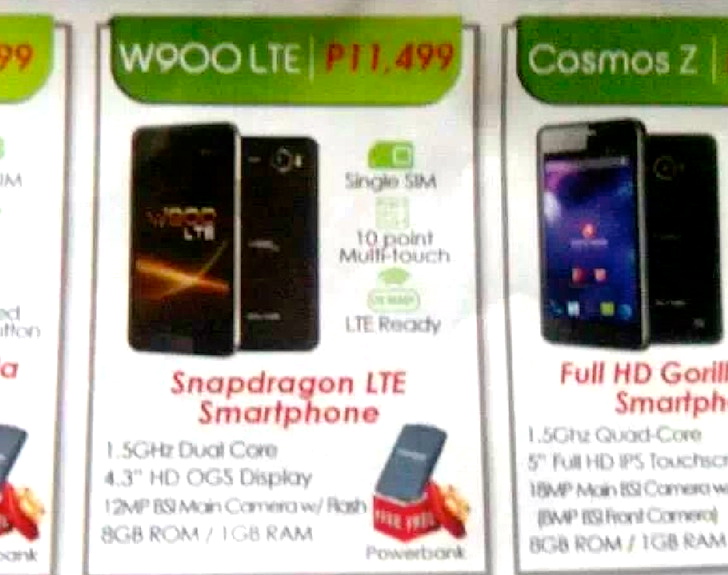 One of the country’s Smartphone trailblazer, Cherry Mobile recently announced the follow-up of its W900 Dragon Phone with the same fire breathing reptile that can access Long Term Evolution (LTE) networks.

The photo leak suggested that the W900 LTE is a single-SIM Smartphone and will run on a 1.5GHz dual-core Snapdragon CPU, a 4.3-inch High Definition OGS display screen and a 12 megapixel BSI clicker with LED Flash.

The Dragon LTE will also come with a 1GB of RAM and 8GB internal storage and will cost P11, 499. This is kind of an entry level considering the line of quad-cores Cherry Mobile has been outing of late, but with it LTE friendly, this unit is good on our end.